The Gundog Club of Pakistan (GDCP) has planned following shows in coming show season after approval of The Kennel Club of Pakistan (KCP). Exact Venue of the shows and details about entries and timings will be shared well before the shows.

Brief Introduction.  He is Medical oncologist, surgeon, professor of genetics and canine zoognostica. He has been dedicated entirely to the Neapolitan Mastiff for over 30 years. He is an FCI judge since 1970. He is one of the youngest Italian judges who has passed through all the stages in his judging career and became an All-Rounder Judge. He can now judge all FCI recognized breeds. He is trainer judge for new judges. He is the author of Cynophily newspaper articles published in national and international magazines in many languages (French, German, Russian and Portuguese). He has so far judged in much of the world’s 94 best in show to date.

Brief Introduction.  She has judged all breeds from FCI Groups I, Group II, Group III, Group IV, Group V, Group VI, Group VII, Group VIII, Group IX and Group X. She has judged in almost all types of shows including National Dog Shows, International Dog Shows, CACIB Shows, Championship Shows, Club Shows and Breed Specialty Dog Shows. She can award CC, CAC, Green Star, CACIB, BOB, BEST in GROUP and Best in Show at all levels. She can also award BIS at the Club Shows and Breed Specialty Dog Shows. She has judged at many famous shows as EUROASIA-Moscow and EURODOG SHOW Kortrijk, Belgium. She is the President of the Retriever Club Belgrade in Serbia, member of the committee in Kennel Club of Serbia and member of GRC UK. She has judged widely across the globe. She has Judged Golden Retriever breed shows in 34 countries. She is FCI all breed Judge. She can speak English, German, Russian and Serbian languages. She has also judged at many Field Trials as well as Gundog Working test in many countries.

Black Eagle for Sale in Lahore

Posted 2 days ago by zakibhatti324

Posted 2 days ago by omaiamzfal038

Kestrel Falcon for Sale in Lahore

Posted 2 days ago by zakibhatti324

Posted 1 month ago by Admin

GSD Puppies for Sale in Lahore

Posted 1 month ago by asadrasool66

Ostriches for Sale in Burewala

Posted 2 months ago by Admin

Posted 4 months ago by naveedyousaf039

Following Ad Spaces are available for any pet related ads. Contact Admin to discuss terms and conditions of service. 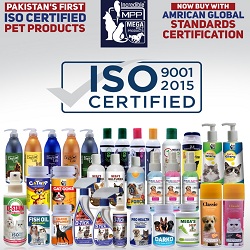 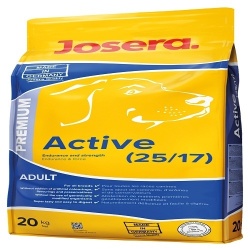